Tornio and Haparanda are two towns situated on either side of the Finnish-Swedish border, which is marked by the Torne river. The two cities have been cooperated in daily life since the 1960s. The populations communicate without any language barrier: people easily switch between Finnish, Swedish and Meänkieli (regional dialects). Moreover citizens commute  across the border daily for work, recreation, and shopping. Furthermore, the two towns are linked through the steel-making industry which creates the highest number of jobs in the region. Cooperation between the two cities officially began in 1987 with the launch of the cross-border association ‘Provincia Bothniensis’ and the merging of the the two city names (and logos). Before that, cooperation took the shape of bilateral agreements for the provision of public services and facilities. This consisted of projects such as the swimming pool in Haparanda, the wastewater treatment and waste management, the sludge treatment and emergency, fire and rescue services. In 1998, a joint touristic office was created in order to expand the fields of cooperation. 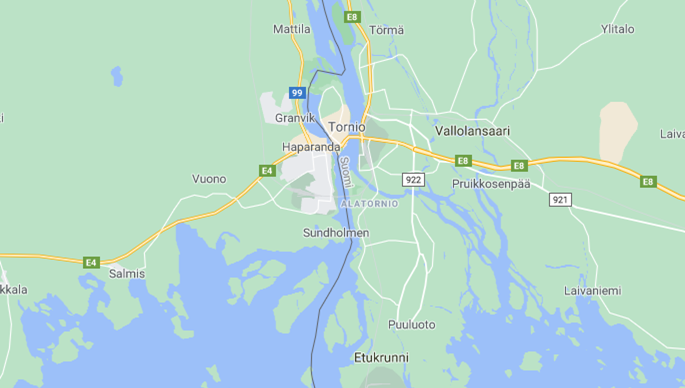 In pursuing its objectives, Provincia Bothniensis is involved in different projects both at national and international level. For instance, the Tornio-Haparanda area has set new objectives within the framework of the “Europe 2020” Strategy and has been supported by the Interreg IV A North operational programme (2007-2013) in developing cross-border projects in the areas of education, training, employment and the environment.

In terms of governance, the joint body has a Board composed of five elected officials from each municipality and they gather every two months. The structure has no legal status and can therefore only prepare decisions to be discussed within each municipal council. However, thanks to relatively similar planning processes in Sweden and Finland, with similar regulatory framework, a common municipal planning has worked out well in enabling cross-border cooperation and ensuring its added value over the years. The Board is also supported by different thematic working groups (education, urban planning, sport, recreation, culture, welfare, healthcare).

The twin city Haparanda-Tornio is often mentioned at EU level as one of the most advanced examples in terms of cross-border cooperation. The cooperation can boast of many successes, such as:

One of the most remarkable results was the creation of a shared district which was launched in 1995 through a competition for urban development, and whose construction began in 2005. The district hosts both housing and commercial spaces and experienced a rapid in 2006, when the Swedish company IKEA opened an outlet and other companies followed.

More generally, Haparanda-Tornio is strongly committed to promoting the quality of life of its population and social cohesion. The similar economic and social profile of the two cities has created the conditions for implementing shared actions and creating concrete growth opportunities in the area. Educational projects (such as the Language School) are a successful example of the desire to transmit the partnership’s added valued from one generation to another.

The management of the COVID-19 crisis can also be considered an important achievement due to the implementation of joint preventing actions, general guidelines, joint contacts and information on border traffic provided to the cross-border citizens.