The Eurodistrict-BUS: how integrated mobility can improve cross-border commuting

The Eurodistrict-BUS is a bus service that was created in 2017 and helps French employees to work for German companies by connecting the cities of Erstein (FR) and Lahr (DE). The service was first delivered as part of the framework for a pilot project financed by the Strasbourg-Ortenau Eurodistrict which aimed to ease the commuting of cross-border workers in the southern part of the Eurodistrict.

The territory covered by the service is located in the southern area of the Strasbourg-Ortenau Eurodistrict and in particular in the area surrounding the cities of Erstein and Lahr (the distance between the two cities is 27km). 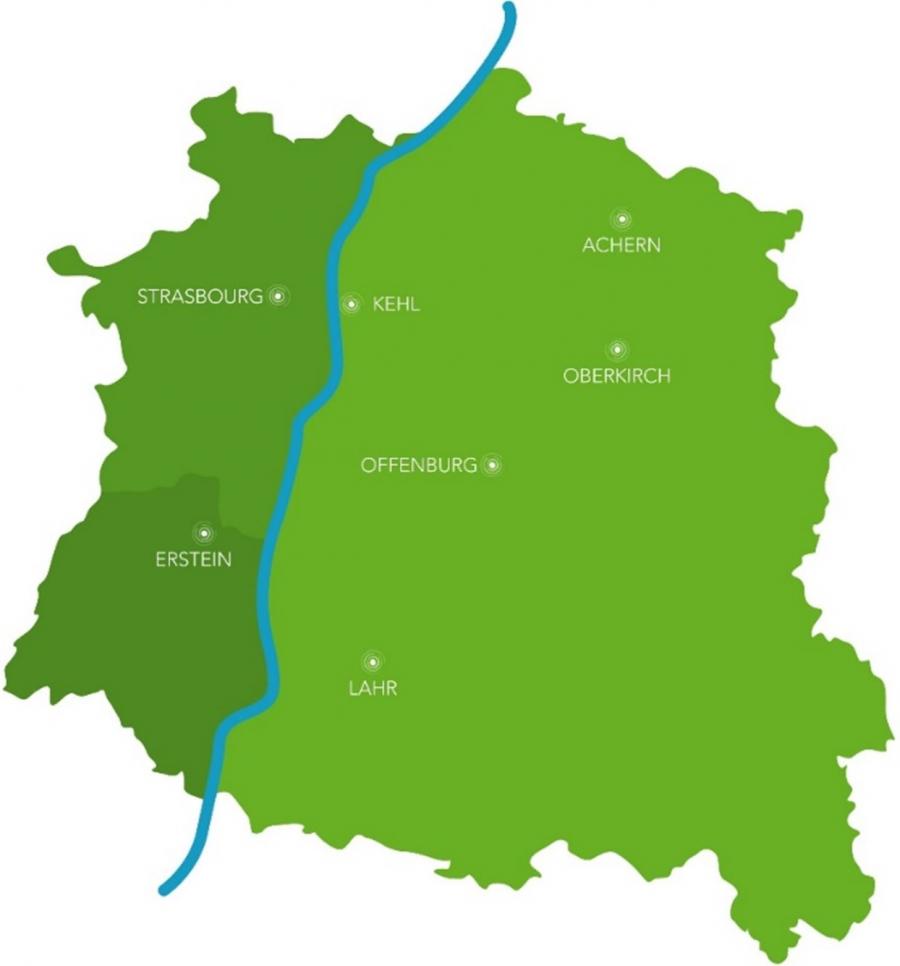 The project takes place in the territory covered by the Eurodistrict that from a legal perspective is a European Grouping of Territorial Cooperation (EGTC). The Eurodistrict-BUS is one of the projects financed by the EGTC aimed at improving connections in the Eurodistrict. The project partners are the district of Ortenaukreis on the German side, and the Community of Communes of Erstein, the Grand Est Region and the Department of Bas-Rhin on the French side. These partners contribute to 50 percent of the funding for the length of the bus line that falls into their territory.  The remaining half is financed by the INTERREG V Upper Rhine program. The EGTC also acts as the contracting authority in charge of selecting the transport operators.

The Eurodistrict-BUS represents a concrete response to a cross-border challenge in the area that links the two cities of Lahr and Erstein, previously considered a difficult territory upon which to build connections due to many factors, including the fact that the road infrastructure was underdeveloped, not only in terms of public transport provision, but also in terms of other transport/mobility infrastructure (such as cycle or pedestrian lanes).

Beyond the provision of bus journeys, ancillary services have been implemented such as the mutual recognition of tickets and the technical equipment on board needed to issue valid tickets for both fares.

One of the factors for success has been the organisational structure responsible for the bus line, namely the EGTC structure. This arrangement allowed for the designation of an intermediary body which acted as a mediator between German and French parties and as an accelerator for experimental mobility projects. Moreover, the fact that the partnership includes actors with expertise in bus transport made it possible to centralise the service and to take advantage of the synergy between the two transport systems.