CAWT: a long tradition of health service provision in Ireland and Northern Ireland

Cooperation and Working Together (CAWT) is a partnership between the health and social care services in the border regions of Northern Ireland and the Republic of Ireland.

Since the signature of the Ballyconnell Agreement in 1992 establishing CAWT, Irish and British health authorities have been cooperating by looking beyond the border in order to plan and provide health services on a cross-border basis. The work of CAWT is mostly project-focused and fits into the broader peace and reconciliation agenda of both governments, as well as of the European Union, which has helped citizens overcome barriers to health and social care in border areas.

The agreement now embraces 11 counties in the Republic of Ireland (6) and Northern Ireland (5) and represents a total population of over 1.26 million. It represents 21% of the island’s population and some 25% of the land area. 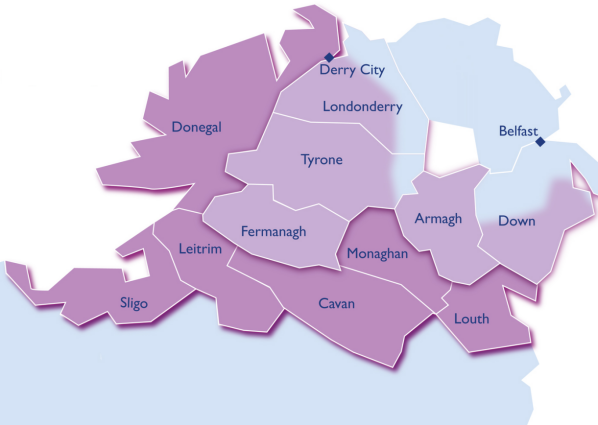 CAWT is built on a robust organisational structure made up of staff from both Irish and British organisations and is based on a wide range of services/programmes of care (i.e. acute care, disability, children services, mental health, primary care, elderly and population health). It is composed of bodies entrusted with the decision-making processes (i.e. the Development Centre, the Management Board and the Strategy Groups) and bodies responsible for the implementation of initiatives in the territories (i.e. the Secretariat, the Projects Board and the Corporate Support Groups).

The longstanding cooperative framework is further enhanced by the existence of the Interreg Ireland-Northern Ireland-Scotland Programme, whose area of intervention overlaps with, and goes beyond, the one covered by CAWT. Since the 2000-2006 programming period, the European Regional Development Fund (ERDF), along with national contributions, has been an important source of financing for the improvement of the well-being of the border population. Overall, the Programme provided a ERDF allocation of around EUR 566 million to the that area (EUR 134 million in 2000-2006, EUR 192 million in 2007-2013 and EUR 240 million in 2014-2020).

CAWT has contributed to the creation of a framework for the progress of cross-border cooperation in health. The collaboration between both political jurisdictions has enabled closer and more efficient services, where both national and European resources are pooled to generate ‘on the ground’ impacts through a community-based approach.

Over the last 30 years, more than 50 cross-border projects have been implemented with EU funding and others have been commissioned by both Departments of Health (among these, cross-border emergency planning, whole-island paediatric congenital cardiac surgery, radiotherapy and self-harm registry).

After the outbreak of COVID-19, the area has seen many examples of success in improving the quality of health care and social services. From the forced digitalisation of services to a more integrated provision of services and citizen-centred care approach, projects have proven to be both resilient and able to address old and new challenges resulting from the pandemic, as well as supporting communities in managing the emergency. For instance, local actors involved in the CAWT projects, financed by Interreg Ireland-Northern Ireland-Scotland Programme (Priority Axis 4 -Health, whose ERDF financial provision amounts to EUR 62 million), worked in synergy to deliver warm meals, food parcels and prescriptions. New online programmes have been developed to address topics related to COVID-19 such as mindfulness and relaxation. More generally, the projects have made great efforts to adapt and ensure their competence, structures and resources are available for those more in need of assistance.