Progressive neurological disorders such as Parkinson disease poses detrimental debilitating effects to patients. The lack of valid preclinical models has been hampering medical progress for the last decades. During this CONNECT University event the participants had the opportunity to discover the project CONNECT (Connecting neural networks: Nervous-system-on-Chip Technology) and its impact on neurodegenerative disorders, by exploring and consolidating a new technological direction as a viable future technology for the development of novel therapeutics and regenerative strategies. The idea is to use an ingenious system of microtubes to interconnect nerve cells through three compartments ranging from the central nervous system to the peripheral nervous system. This might bring both ethical and practical benefits, such as: allowing to study the transport of specific proteins that travel in the nervous system and are associated with Parkinson's disease and reducing the number of animal experiments.

Dr Regina Luttge introduced her ongoing research on the project with a focus on the micro- and nanofabrication technology enabling new in vitro nervous system models, here tailored to Parkinson’s Disease (PD). Going into more fundamental details of defining the design criteria of our envisaged PD model, she discussed the contribution in combining microfluidics with tissue engineering. Watch the recording and discover more about innovative future development of therapeutic strategies. 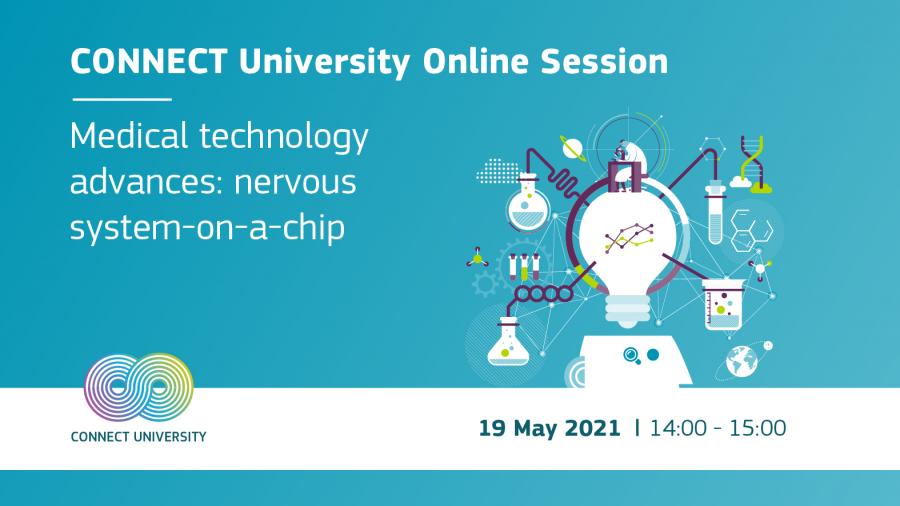 Regina studied Applied Sciences in Germany and worked as an engineering researcher at Institut für Mikrotechnik in Mainz GmbH for nearly five years prior to starting her PhD studies in Microsystems Technologies at Imperial College, London, in 1999. In 2003 she received her PhD from the University of London on the development of fabrication technology for micro-optical scanners. Switching her research interests to microfluidics applications, Luttge went on to work at the University of Twente’s MESA+ Institute for Nanotechnology, The Netherlands. Initially as a senior scientist and later, when she received a Veni award by The Netherlands Organisation for Scientific Research (NWO) as an Assistant Professor. She received her second personal award (ERC Starting grant) by the European Research Council in 2011, which empowered her to set up her own research line nanoscale engineering for medicine and biology as a PI at University of Twente. In 2013, she moved her research line to the just started Microsystems group at TU/e, where she was also appointed Associate Professor in the same year. Since 2018, she continuous her research activities within in the Microsystems section as Chair of Neuro-Nanoscale Engineering. Currently, she is the leader of FET-ProACT-CONNECT, a 5 years EU funded project conducting research to better understand Parkinson’s disease by means of Organ on a Chip (OoC) technology. Besides education and research, Regina is passionate about spinning off new businesses, encouraging her students at all levels of their educational program to take part in the innovation chain.