8th Meeting of the SUL-NBS Partnership in Cork, July 2019

On 10 and 11 July 2019, the 8th meeting of the Sustainable Use of Land and Nature-Based Solutions (SUL-NBS) Partnership took place in Cork, Ireland.

Cork’s Deputy Lord Mayor Dan Boyle opened and highlighted how urban challenges were being addressed in Cork, particularly the way in which the recent increase of the City’s boundaries has focussed on bringing new population and opportunities to the area.

The Co-Coordinator from Bologna presented the aims for the meeting and stressed the need to work as peers to consider how the Actions can progress. The Polish Co-Coordinator presented a brochure on the Partnership’s work prepared by the Polish Ministry of Investment and Economic Development. Click on the image below to open the brochure in pdf. 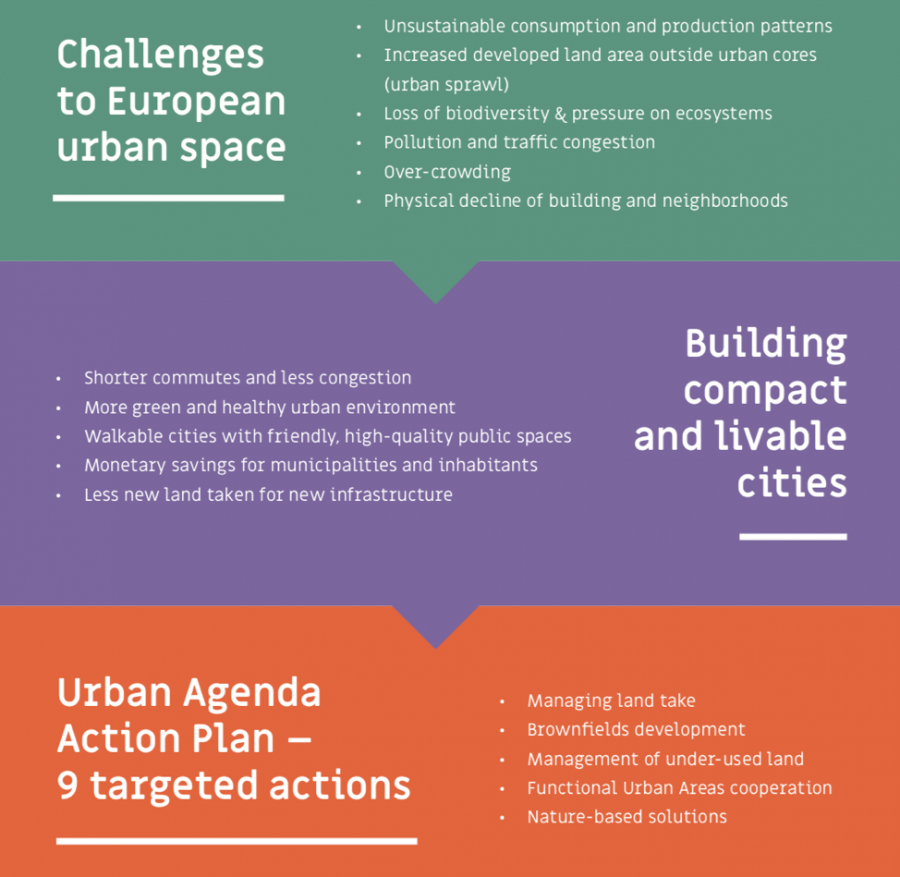 The Coordinators talked through the progress of the Actions and summarised several planned events:

Jamila Bentrar from Lille Metropolitan Area (MEL) gave a presentation regarding the Janus project which aims to mitigate urban sprawl. She outlined how the project has been designed with the natural ecosystem in mind and building on the learning of Lille’s past. The city is needing to manage exponential growth across 90 municipalities, 61.415 hectares and a population of 1.1 million in the context of social problems emerging from the collapse of the textile industry. The project is using a circular process in managing the city to ensure that land is available for appropriate development.

A working group methodology was adopted whereby the Actions were discussed in small groups. The Action Leaders each presented the progress relating to their Action. Below are some highlights for selected Actions whose implementation is underway.

The workshop discussions focussed on the links that have been established with the Circular Economy Partnership. It has been determined that the two Partnerships will combine their ‘guide’ output which will be completed by November 2019. A research survey has been undertaken and the results were the subject of a workshop held on 21 March 2019.

The background report is progressing and presents a review of existing studies, analysis of the results, and synthesis of Functional Urban Area (FUA) cooperation, and a summary of existing recommendations. The background research has already found that urban sprawl is often not mentioned in FUA analysis and that research tends to focus on the limitations with not much focus on benefits.

An EUKN Policy Lab on the application of NBS in FUA in the EU is going to take place on 25 and 26 September 2019 in Wrocław, Poland, and will contribute to both Actions 5 and 6.

The Action is due to focus on Bologna, Zagreb and Stavanger to highlight the local-level options. On the basis of the discussion it was agreed that the work would also highlight other local practice exists, e.g. in Antwerp, where every new building has a green roof as part of construction.

Day 2 discussions focussed on how to best communicate the work of the Partnership as well as the Partnership’s input to the European Week of Regions and Cities 2019. Updates on the #EURegionsWeek will be published on this website and on Twitter @EUUrbanAgenda.

Upon closure, special thanks were extended to the City of Cork for hosting the meeting. The next meeting will most likely be held in November 2019 in Luxembourg.