Day 3 of the EWRC: The Urban Agenda on the spotlight

The third day of the European Week of Cities and Regions put the Urban Agenda of the EU at the centre of the discussions. With a full agenda, the Square in Brussels saw thousands of urban specialists, practitioners, local and regional stakeholders.

About 80 interested stakeholders actively participated in the Workshop on Solutions for Healthier Cities and Regions organised by the Air Quality Partnership in the framework of the European Week of Regions and Cities. According to René Korenromp, Coordinator of the Partnership, a greater focus on the impact of urban planning on health is key. 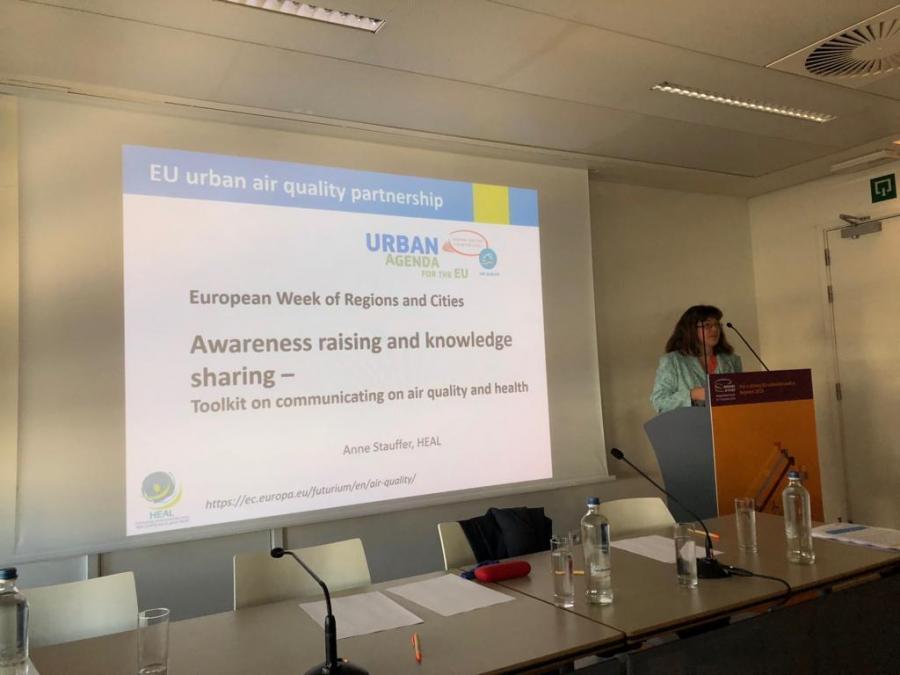 The Urban Corner remained a meeting point for partner organisations’ to meet and discuss. The day started with city testimonies of Genoa and Ghent showcasing how URBACT helped them turn ideas into action. For those who were still unfamiliar with the Urban Innovative Actions initiative, the UIA Secretariat colleagues explained their work in a nutshell and presented several project testimonies. The Coordinator of the Climate Adaptation Partnership described the Action Plan developed in the frame of the Urban Agenda for the EU. But there were more demonstrations: EUROCITIES introduced the ICT Footprint platform and the Smart Cities information system (SCIS). The researchers from the Joint Research Centre showed new tools for urban development such as STRAT-BOARD. And lastly, the European Investment Bank Advisory Hub closed the day with a Q&A session on URBIS.

Then, finally, the Urban Agenda for the EU was subject to animated discussions during a dedicated Workshop. After the winners of the third call of Urban Innovative Actions had been announced, the Directorate-General for Regional and Urban Policy's Head of Unit on Inclusive Growth, Urban and Territorial Development Wallis Goelen Vandebrock, Member of the European Parliament Jan Olbrycht, and Committee of the Regions member and rapporteur on the Urban Agenda for the EU Kieran McCarthy exchanged their views on the state of play of the Urban Agenda, followed by a presentation of four of the Partnership members presenting the work and actions of the Partnerships on the Inclusion of Migrants and Refugees, Jobs and Skills in the Local Economy, Circular Economy, and Air Quality.

Do you have any questions on the Urban Corner? Please contact the Urban Agenda for the EU Communications Team via UA.communication@ecorys.com.

Was this information useful? Please let us know via a brief user survey.