Office, the Riga City Architect's Office[1] is a municipal agency within the city of Riga. It is led by Riga city Architect Gvido Princis. Office oversees quality of architecture in Riga: it holds the Board of the Riga City architect, organizes annual prize for the best building project in Riga and international conference.

Office is dealing with the idea of the renovation of multi-use buildings, or in Riga situation—post-war housing, within Riga municipality. Starting from 2013, when current Riga city Architect Gvido Princis stepped in to the office, the idea was decided upon by the officials in the Riga city council development department and further communicated to the society. After five years of mostly publicity-oriented work, current office activities are targeted towards promoting comprehensive designing of common pilot project with parties involved such as municipal housing management company “Rīgas namu pārvaldnieks” and non-governmental housing management cooperative “Bāka-2”.

Housing policy in Latvia is one of the most liberal kinds. Its agenda in Latvia is to finish the process of housing privatization, facilitation of energy efficiency, and most recent is to promote rental housing in the municipalities.

Housing policy is to a large extent a duty of the State level Ministry of Economy officials; they decide the priorities and major sources of finance. There are more passive players on the state level as well, such as Ministry of Justice. The latter state player is responsible for Court System and all legal processes which are related to property claims and conflicts.  Also, the funding which is currently available—EU structural funds for energy efficiency retrofits—are managed by state agency “Investment and development Agency”. Definition of Housing policy is not a duty of the municipalities in Latvia, however implementation is.

In Riga, among Office, housing policy is tackled by Development department, Housing and Environment Department, and Energy efficiency agency.

Our major concern was that to a large extent, there is a low probability that postwar-housing district will be improved. First, adequate understanding of the scope and spatial extent of renovation is currently lacking. Previously, renovation aim was understood as improvement of energy efficiency retrofits. Second, Municipality in Riga lacks many tools to implement current housing policy agenda. Many stakeholders, including utility companies, but only few are motivated and are empowered by law to participate.

One of the major reasons of such an atrophy is a short-coming of privatization. Housing in Latvia is to a large extent privatized, which made Latvia as a country with one of the highest owner-occupied housing rate. Also, the land in post-war housing districts was restituted to the heirs of pre-WW2 owners, which makes planning on the private property impossible. Also, while apartments are privatized, but ownership for buildings is not established, many rights still belong to housing management company. 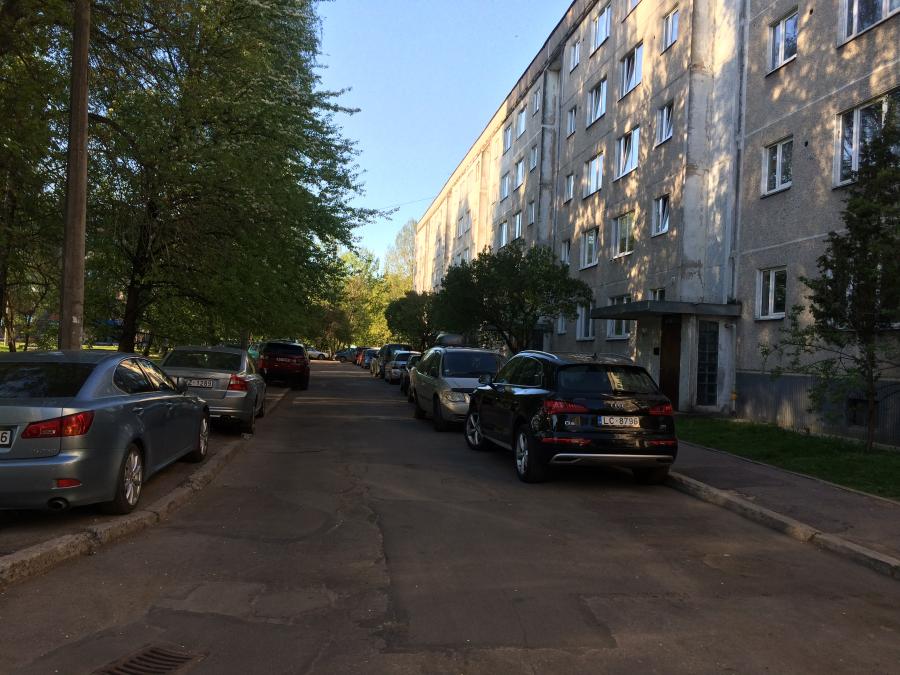 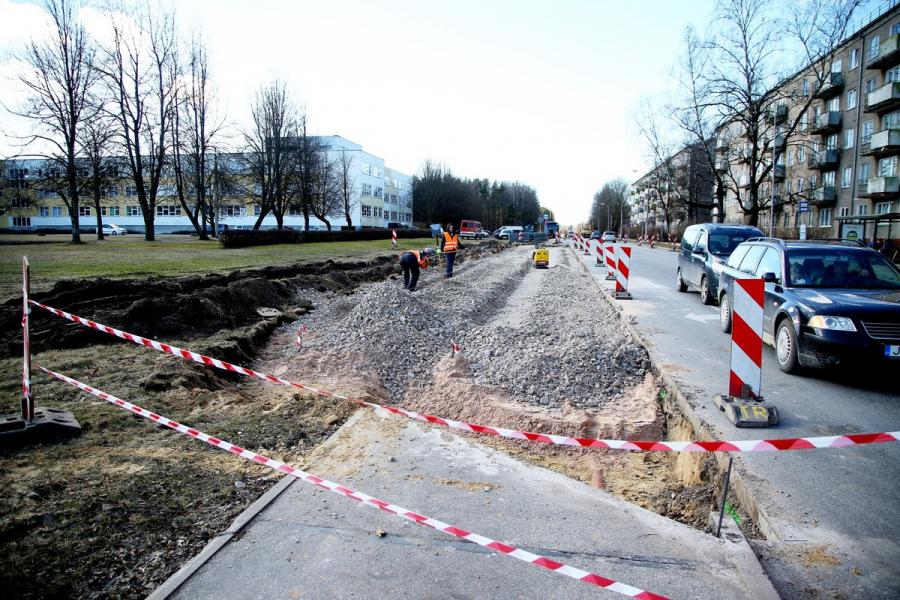 What Office tried to do for the last five years was to diversify the current views towards the renovation of multi-use buildings within Riga municipality. First, problem of infrastructure renewal and public space was addressed .

In post war housing districts, or mikrorajons, car access was initially restricted but currently overridden caused by the rise of automobilization. If in soviet times one could design a residential district for ten thousand residents with some few hundreds of parking spaces, currently each second or fourth household require a parking lot. This situation is causing many conflicts among residents, as well as causing problems for emergency services — paramedics and fire-fighters to enter those blocks.

Hence the approach which is currently being employed sees solution as first, a quick fix, and second, it does not include planning or design process.

It seems that currently in Riga nobody looks for elaborate project with extensive program for renovation. Only quick and feasible schemes are considered. For example, if one is tackling the infrastructure of post-war housing blocks, it is only about a renovation of road cover within existing limits without changing layout of the road.

One possible way which is currently seen is moving out of the planning process and try to act with the objects which are in the shared ownership, such as access and replacement of the existing parts. Such an approach renders the major obstacle towards more elaborate renovation — necessity to deal with the land owners, who are legal burglars, claiming their rights in the highest courts, but never take part in the renovation of their property. 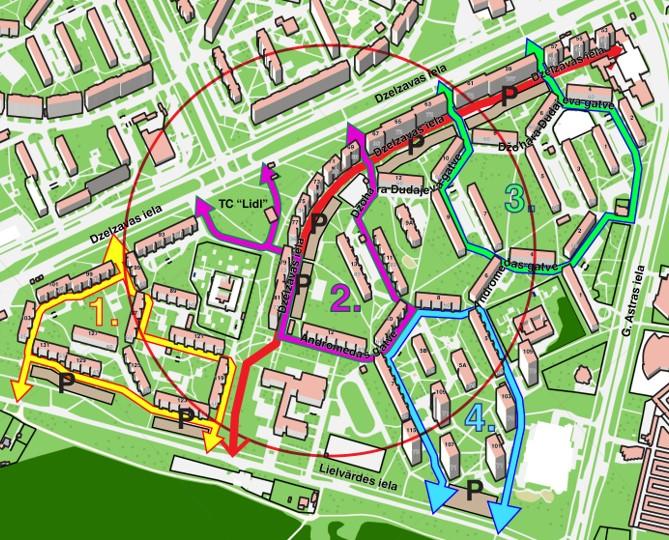 We have no finished projects to reflect upon however, but the perspective towards the renovation of multi use apartment dwelling is more clarified right now.

The goal is to create tools for planning within interior of the blocks without having to go through administrative procedures. First and much-awaited measure would be to remove parked cars out of interiors of the blocks.

Another goal is to move from partial renovation towards full renovation. Therefore, municipality could set its own quality and design standards, the scope and extent of renovation works. In order to do this , Introduction of Co-funding for some works, like critical structural problems as well as energy efficiency.

This is the major tool for kicking off some more elaborate processes which might improve quality of life in the blocks. 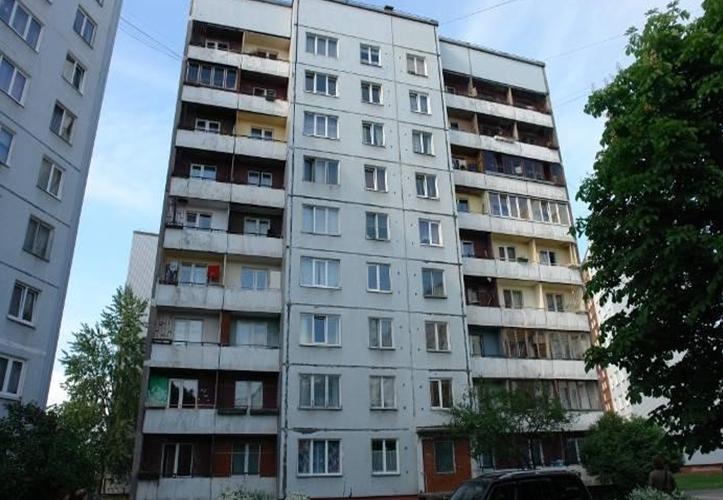 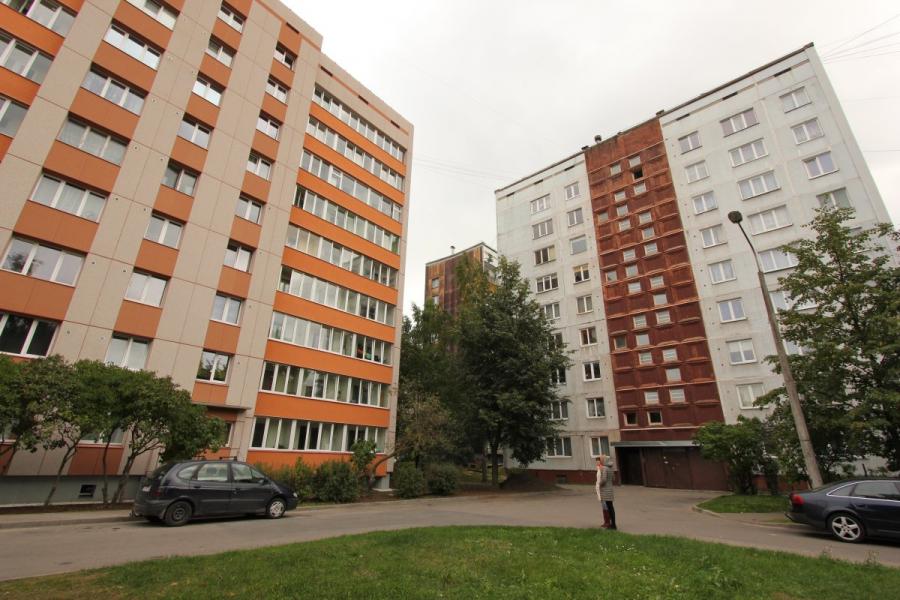