The 7th partnership meeting took place in Trondheim, Norway, on June 5-6, and was hosted by Ellen-Birgitte Strømø. The project coordinator, Stefania Manca, welcomed the Partners to the beautiful location and thanked all for their contribution to the Partnership. 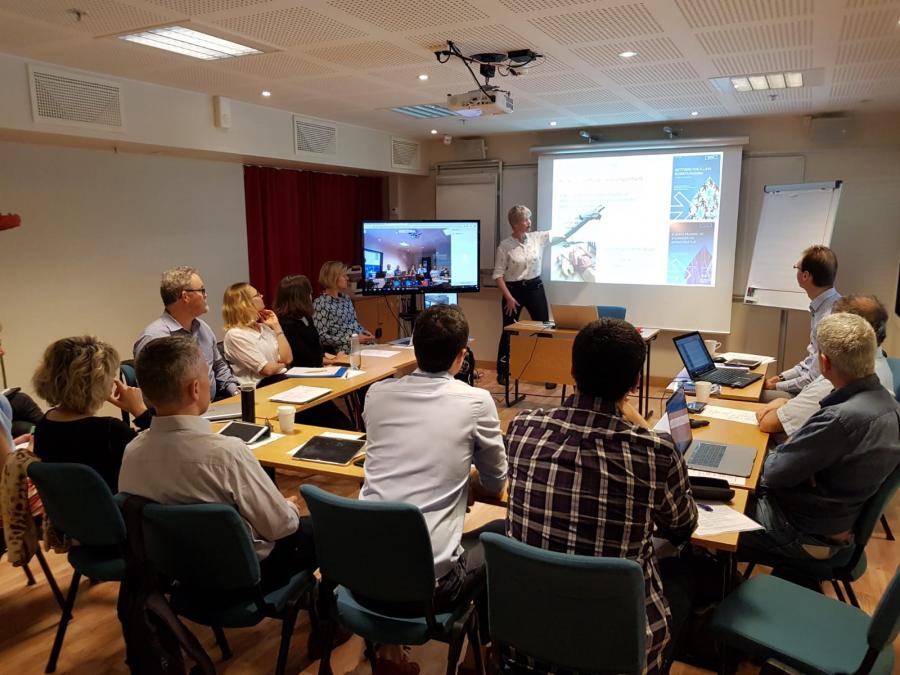 The two-day event was kicked of with a seminar on climate adaptation in Norway and Trondheim in specific. Various experts presented on a range of topics including:

The seminar was followed by a field visit, during which the Partners were guided on a tour through Trondheim to visit two climate adaptation projects. The first visit showed the Åsveien School, part of the national program ‘Buildings for the Future’, which adopted climate adaptation measures into the construction of the building. The Partners then moved on to a local example of flood protection measures, which resulted in a waterfall and creek with a surrounding green area. 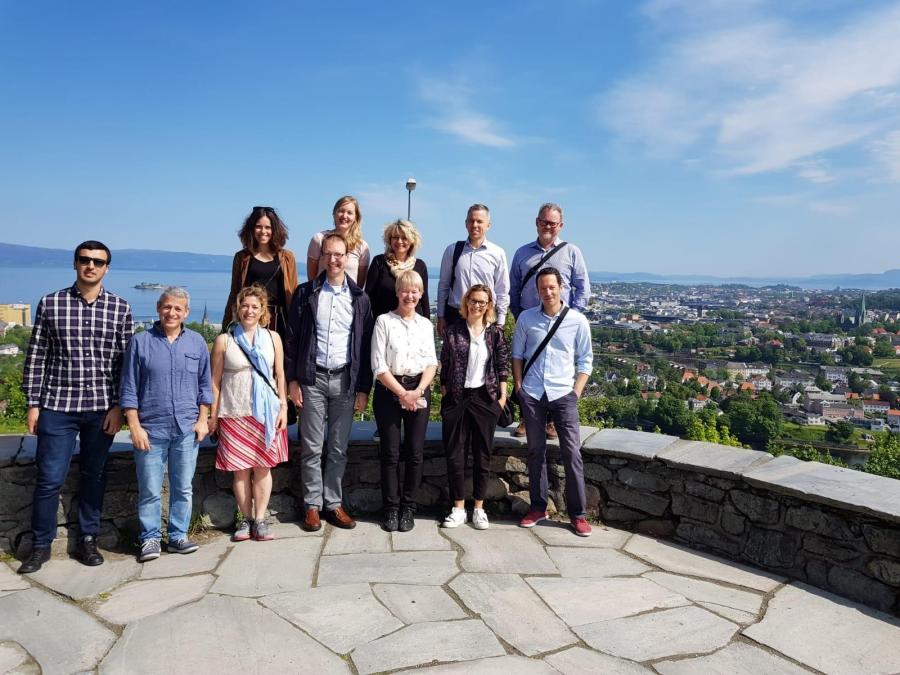 During the second part of the day, the official meeting began with a reminder of the objective of this meeting: to evaluate work done so far and look ahead to define the necessary actions for the next phase of implementation. Action leaders established that many actions are progressing according to the work plan. There have been some delays, which will be addressed during the next phase.

The Partners also discussed the promotion of the Partnership through a variety of tools proposed in the Action Plan. The use of their own networks was seen as an important way to disseminate the work of the Partnership and communicate their activities and results. A series of actions were developed in order to do this effectively. The Partnership ended the day by discussing the participation of member states and cities and the possibilities to have a second ring of ‘observer Partners’ who would like to be updated and involved about the Partnerships work.

The second day of the meeting focussed on the next phase of implementation. It started off with a presentation by Szymon Tumielewicz, deputy director of the Ministry of Environment, presented the case of Poland to the Partnership. This was followed by a working session, during which the expected next steps in the implementation of each action in the coming six months was elaborated upon by each Action Leader, followed by comments of participants. The existing work plans, developed during the previous Partnership meeting (January 14 and 15), formed the basis of the session.

The last part of the meeting focussed on progress monitoring and organising the next meeting, which will be held in Genoa (Italy) on November 25 - 26, and will be hosted by the Project Coordinator.

An additional field visit was organized to show the Partners a local green-roof project in the city centre of Trondheim. The Partners enjoyed a tour around the rooftop of a high-rise building. The project showed benefits relating to the climate adaptation measures but also showed additional benefits such as a stronger sense of community amongst the residents and awareness regarding food production and climate change.