The 5th Partnership Meeting discusses the finalisation of the Action Plan

The Partnership on Climate Adaptation met again in Loule (Portugal) on September 11-12 to discuss the possible changes to be applied to the individual actions of the Partnership’s Action Plan as well as the procedural steps needed for its finalisation. 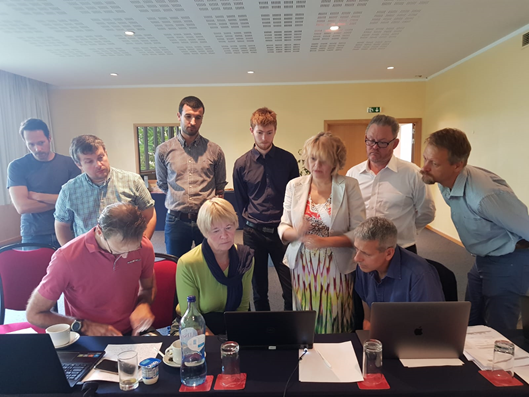 The meeting kicked off with a general reflection on the Public Feedback. The stakeholders that took part in the consultation generally found the actions relevant, although they showed concerns about their implementation in practice. To tackle the comments received in detail and discuss any further changes in the Action Plan, participants to the meeting were split in groups for an in-depth discussion throughout day 1. Some of the results stemming from this working session include:

Day 2 focused on the implementation phase and the presentation of the COPERNICUS programme (for more information, please click here). The 5th Partnership Meeting finished with an overview of the next steps, including the participation of the Technical Coordinator Stefania Manca in the European Week of Regions and Cities (9-11 October), the call for action in the next Meeting (foreseen on October 11th) and the preparation of the UDG meeting on October 26th.