Reboot your city in a circular way: the Circular Economy Partnership at the EWRC 2020

The Urban Agenda for EU Partnership on Circular Economy contributed to the European Week of Regions and Cities 2020 with a workshop entitled ‘Reboot your city in a circular way’. During the workshop, held on Tuesday 20 October, various speakers discussed how cities and regions that invested in circular economic systems became more resilient during the COVID-19 crisis, and how cities and regions can contribute to the implementation of circular economy initiatives. These topics were discussed from three different viewpoints: that of cities, entrepreneurs, and citizens.

The key insights shared by representatives of cities is that circular economy needs to start small and scale up, that proper governance is crucial, and that cities and regions can promote, facilitate and enable circular economy. Thus, cities should lead by example. Representatives from the city of Mechelen, Circular Flanders, the Brussels region and Circular Amsterdam presented examples of cities have lead by example, and how these cities have become much more resilient than those without a circular economy strategy.

The points made from the cities’ viewpoint are reflected by Oriana Romana from the OECD. She presented the insights from the study ‘Policy responses to the COVID-19 by cities’ and the article ‘Why cities should embrace circular economy to shape the post-COVID-19 future’.

Representatives from Circularity Capital and Reath established that from an entrepreneur’s viewpoint, the key areas of interest are financing and resilience, and how cities can create an environment where SME’s can foster the transformation to a circular economy.

During the discussion it became clear that insufficient financial resources are the biggest struggle for circular economy initiatives support from cities. One solution could be to look for diversified sources of finance, as public sources cannot be the only one. Another solution could be finding the most efficient approach to balance financing and sharing risks.

When looking at circular economy initiatives from the point of view of a citizen, it became clear that cities can support their implementation by creating opportunities and offering support in different areas such as communications, financial and material resources and by presenting networking activities, while also allowing space for citizens voices to be heard.

In conclusion, even though COVID-19 has created and enhanced challenges, it has also increased sharing and cooperation in many cities. Companies with a circular economy are more resistant to the economic impact of COVID-19. The same goes for cities. 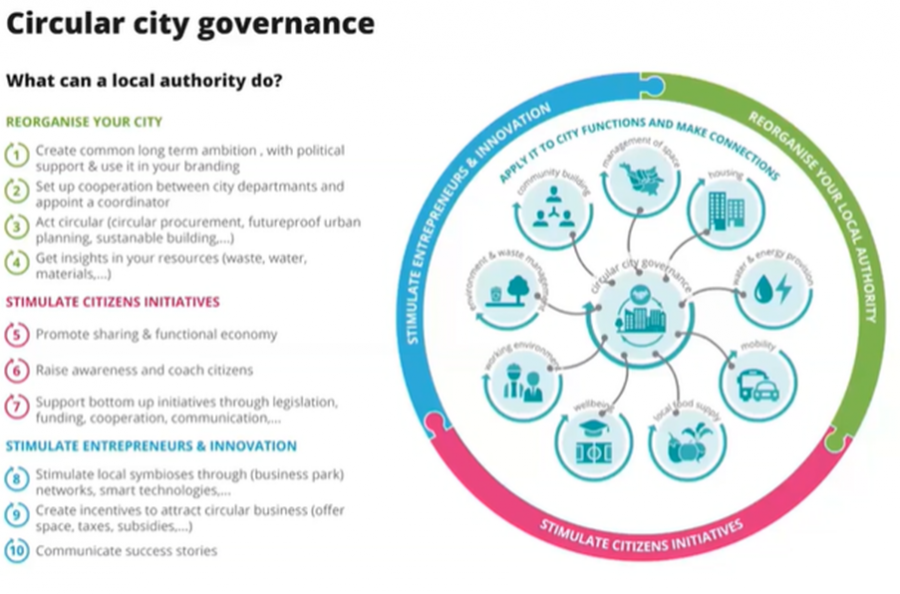