In 2019, the EU called for the protection of European societies from hybrid threats and disinformation originating from state and non-state actors. Such threats are not only relevant for the EU, but also for international partners such as NATO. A comprehensive approach is required because they have different sources, forms, targets and purposes. The narratives and underlying motives of seemingly different ideological groups can have the same goal: polarisation of societies by disinformation. While a response to disinformation and the increase of resilience should work in a long-term and sustainable manner independent of the context, it is essential to understand the techniques and tactics employed by the different actors to find effective answers that are as comprehensive as possible.

Dr Janka Oertel is the Director of the Asia Programme. She previously worked as a Senior Fellow in the Asia Program at the German Marshall Fund of the United States’ Berlin office, where she focused on transatlantic China policy including on emerging technologies, Chinese foreign policy and security in East Asia. Prior to joining GMF, she served as a program director at Körber Foundation’s Berlin office. She holds a PhD from the University of Jena. Her dissertation focused on Chinese policies within the United Nations. She was a visiting fellow at the German Institute for International and Security Affairs (SWP Berlin) and worked at United Nations Headquarters, New York, as a Carlo-Schmid-Fellow. She has published widely on topics related to security in the Asia-Pacific region, Chinese foreign policy, 5G and emerging technologies, and United Nations peacekeeping.

Title of the presentation: Disinformation: The cases of Taiwan and Hong Kong

Andy Pryce is a career diplomat who ran the UK’s Counter Disinformation and Media Development Programme from 2015-2019.  He has enjoyed six postings overseas including two stints in Washington DC and four years in Finland.  He is now the UK’s Head of Public Diplomacy at UKREP in Brussels.  In his spare time he reads, walks and does not visit the gym as often as he should.

Title of the presentation: Trends in disinformation in Europe

Kristine Berzina is a senior fellow at the Alliance for Securing Democracy in GMF's Brussels office where she focuses on Europe’s efforts to counter the influence of authoritarian states. She works on U.S.–EU relations, NATO, and energy topics. Berzina, who lived in Moscow part-time from 2014 until 2016, also analyzes Russia’s foreign policy and writes about Baltic foreign policy and security issues. Berzina appears frequently in international media, including NPR, Deutsche Welle, Euronews, The Wall Street Journal, and Agence France-Presse. Prior to joining GMF, Berzina worked on energy security, transatlantic cooperation, and climate change and security in Berlin, Germany and in Washington, D.C. A native of Latvia, Berzina grew up in the United States. She received her master’s degree in international relations from the University of Cambridge and her bachelor's in political science and history from Yale University. Berzina is a native speaker of English and Latvian, is fluent in German, and has a basic knowledge of Russian and French.

Title of the presentation: Information manipulation in 2020 – More than just Russia 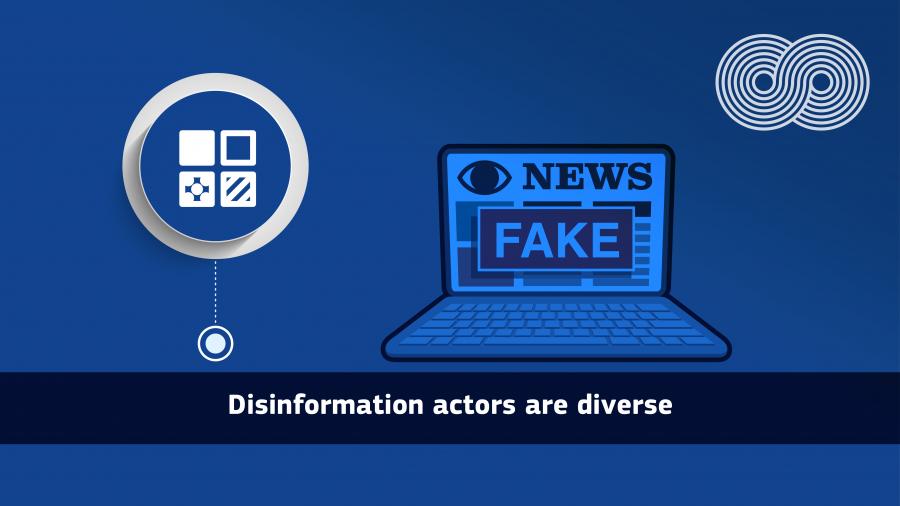