Measuring the permeability of border sections involves looking simultaneously at demand for, and supply of, cross-border public transport services (CBPT). CBPT supply is defined by the number of services, as displayed in the web viewer (Link) and measures CBPT service availability. The demand side is measured by population density and development. Demand for CBPT services may be high if:

Calculation of the transport permeability index puts CBPT supply and demand in relation to one another. The higher the index, the better is the match between supply and demand, and vice versa. Border sections with a particularly low index may be those with the highest demand for additional CBPT. The analysis of permeability highlights:

However, if services were increased where latent demand was identified, the proportion of non-permeable borders could be significantly reduced.

Further results on obstacles and solutions to CBPT and governance arrangements will be shared soon. 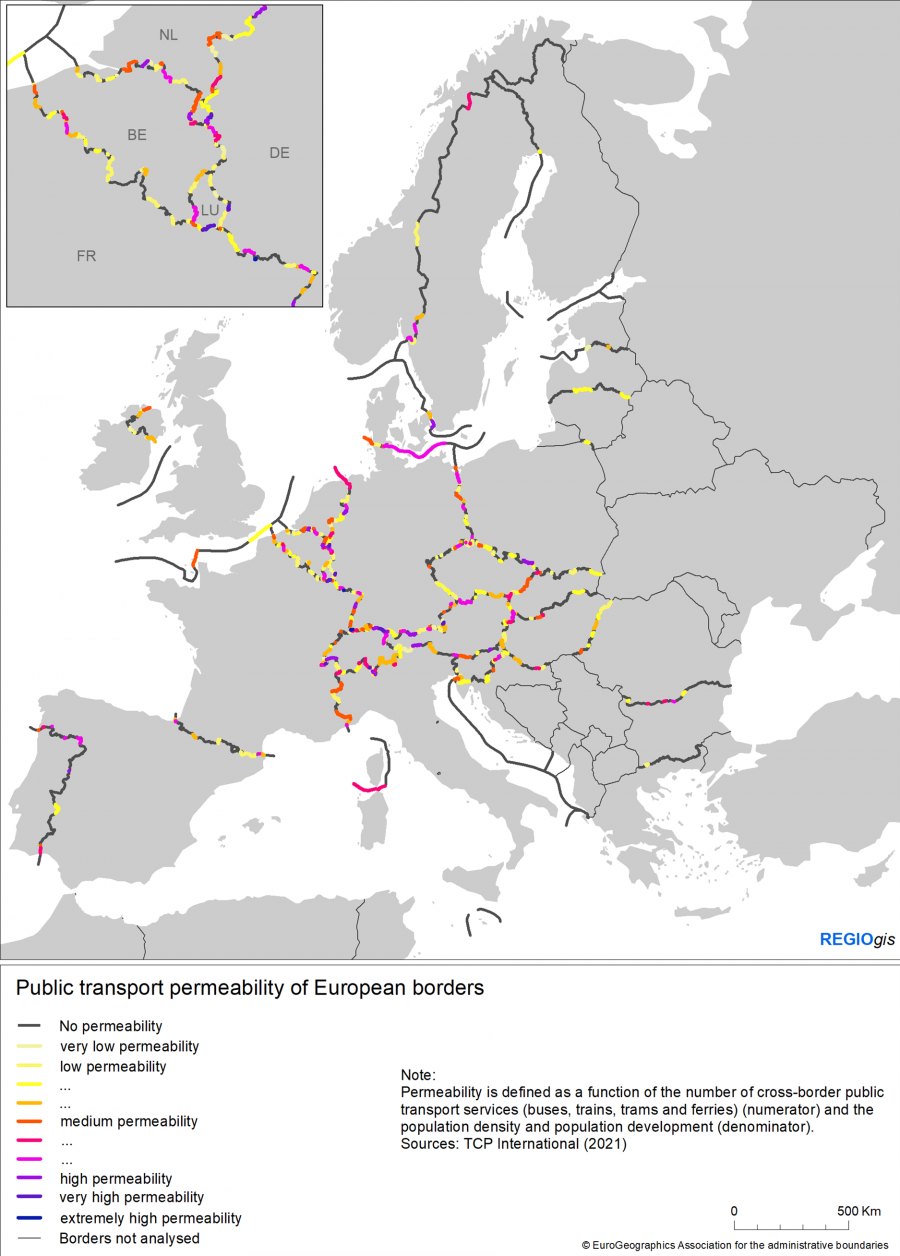