Make sure you are up to date and fully briefed on the current state of play of EU border cooperation by delving into comprehensive collection of background expert analyses and latest official publications.

In Italy the European Territorial Cooperation is implemented through 19 operational programs which, in addition to the economic dimension of expenditure, also represent a collective impetus to create networks, understand contexts and develop solutions in a dialogue between States, territories, companies and institutions that represents a heritage that deserves to be known and valued.

Every year, since 1983, the European Union chooses a particular annual theme to celebrate and to be the center of the political debate. The aim is to raise awareness among citizens on a specific issue and encourage related public debate. On December 15th, 2020, the European Parliament approved the European Commission's proposal to designate 2021 as the European Year of Railways. The decision was adopted by the Council on December 16th, 2020.

From this premise, the idea of the ETC Reports was born: an opportunity to show what is happening within the projects and how this capital of knowledge can be put at the service of our country.

The projects included in the report are funded under the European Territorial Cooperation (ETC) objective, a cohesion policy tool that aims to solve problems and find common solutions beyond the national context and to jointly develop the potential of the different territories. Cooperation actions are supported by the European Regional Development Fund (ERDF) through three key components: cross-border cooperation, transnational cooperation and interregional cooperation.

In this context, the ETC has financed projects that intervene in various areas of railway transport, identifying solutions for a better management of services. In particular, the projects have:

- Identified pilot actions for the improvement of rail transport;

- Studied and identified elements of transferability of good practices;

- Implemented actions for the activation of services such as bike sharing and/or complementary services to rail transport.

Information on the activities for the European Territorial Cooperation implemented by the Agency for Territorial Cohesion are available at the following link: 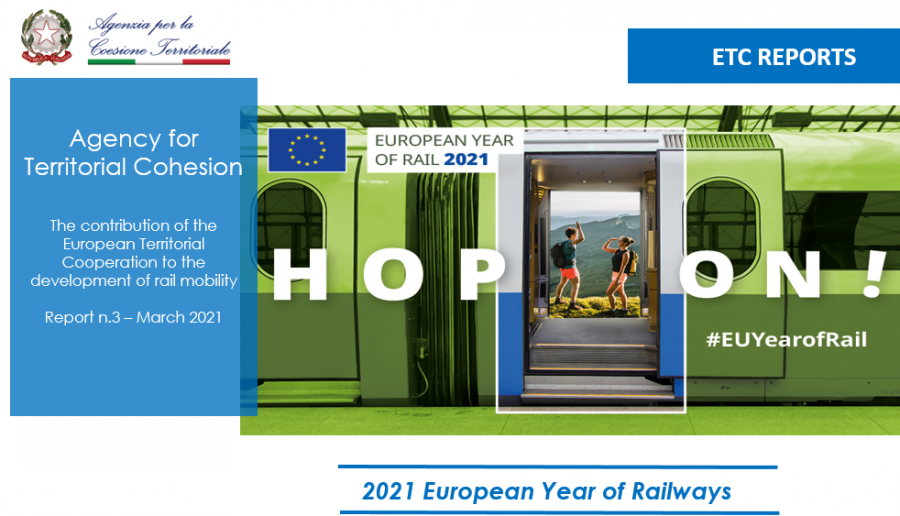